What’s In A Name?

Have you ever thought of changing your name? I’m sure most of us have at some point or another in our lifetime. Celebrities and authors are frequently known by names other than the one they were born with. Some people change their name because they want to be unique or because they think a different name rolls off the tongue better than their birth name. Other people change their name to disguise their identity or protect their privacy. Some people just want to escape their past and think a new name will help them to do so. Sometimes I feel like life would be easier if I just changed my name and disappeared.

When I was about ten, my brother and I decided we needed pen names. We each made up several pen names for ourselves, but many years later the only pen name I can recall is Bernardo E. Pency. I used that name all the time, on all of my artwork and stories. I even began writing a comic book using my assumed name: 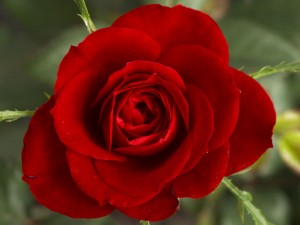 Shakespeare wrote, “What’s in a name? that which we call a rose By any other name would smell as sweet.” A name is just a label, a way for people to distinguish us from each other in speech, right?

I’m not always so sure. I was once told that no sound is sweeter to a person than the sound of his or her own name. I’m not sure I agree with that, but even animals respond when they hear us speak the names we have given them. In some ways, our name is a part of who we are, a part of our core identity.

I probably think of this a little more often than most people. My father and I share the same first name, so our identities have occasionally been confused. Ever since I was a small child I have gone by my middle name, but this sometimes causes problems when it comes to legal affairs. Do I use my first name, or do I use my middle name? Should I sign that official document with my full name, or can I just use my first initial and sign my middle name? As I get older, I tend to gravitate even further away from using my first name, and I sometimes wonder if my father feels I am rejecting his name.

Permanent link to this article: http://www.operationbrainleak.com/whats-in-a-name/